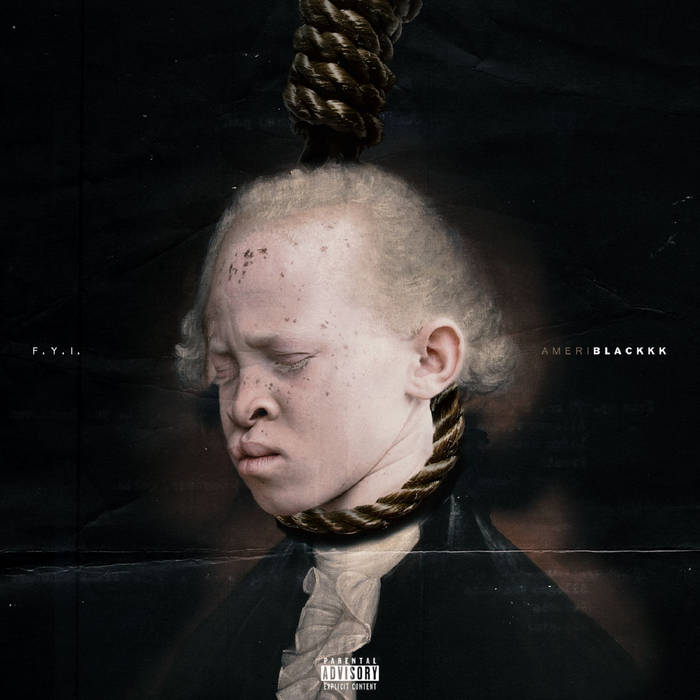 ameriBLACKKK is a hip-hop/rap album from Mid-City Los Angeles rapper, F.Y.I. The album features songs such as These The Times (Don't Judge), Scape Bro, and Don't Be Afraid (Yatty Tickler).  The album is mainly produced by Sir Jon Lee, a rising producer and rapper out of Compton; long-time collaborator, Rich Kidd (credits: Drake, Talib Kweli), and New York's very own, 2One2.  To date, this is F.Y.I.'s most definitive account of everyday life experiences of a society determined to elevate themselves and the communities they come from.  In this project, F.Y.I. continues to examine an array of life experiences ranging from racism, love, to mental health issues.  What is notable is, F.Y.I.’s innate ability to deliver quality lyrics on each and every song.  The album’s universal theme centers on relatable experiences as “huemans” and delivers a sound that evokes listeners to champion.  Featured guests on the album include: Sir Jon Lee, Kaye Fox, Ryck Jane, and Front Page.  Kaye Fox, a frequent J. Cole collaborator, also lends her sultry vocals on several songs on the album.  In addition to the soulful melodies, ameriBLACKKK displays bassist, Charles Glenn and trumpeter Ryck Jane’s brilliant musicianship.  This album plans to be the most promising album to date by F.Y.I.