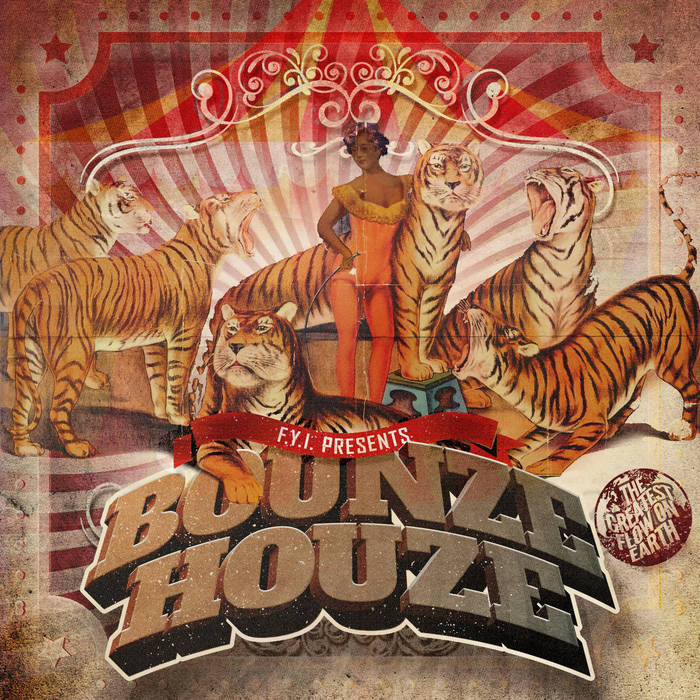 Bounze Houze is a hip-hop/rap album by F.Y.I. of Mid-City Los Angeles, California. The album gave F.Y.I. inspiration to star in a short film based on the subject matter of the EP. The short film is called "Glowiesha" and also happens to be the title on the first track off Bounze Houze.

F.Y.I. is offering an exclusive link to the short film upon purchase of the album in addition to extra behind the scenes bonus content. Both the short film and the extra footage is not available on any other platform on social media. He also set up a merch store inspired by the music in which any purchase also allows access to the exclusive short film link. F.Y.I. says, "I wanted to thank those who support the music and artistry by going beyond just providing new music but also giving them an overall experience visually too".

Beats from this album come courtesy of long-time collaborator, Dual Output, who has also produced for hip hop elite like 50 Cent and rap's new school like Joyner Lucas. Once again F.Y.I. finds a new creative way to engage his fans who he endearingly calls "huemans" with the most exclusive extra content that he created to date while continuing to make timeless music.

Merch Store is available at bit.ly/thehuemanshop

"Groove Back" written by F.Y.I. and Turtleman

Additional vocals on "Groove Back" by Turtleman

Additional recording on "Groove Back" by Big Mil